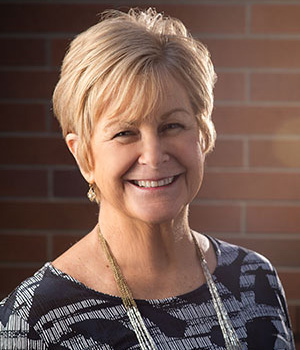 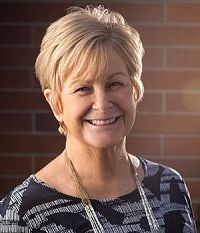 Nancy Kerr co-founded The Children’s Reading Foundation and served as president of from 1996 through 2015. She is the lead author of the foundation’s nationally respected, research-based school readiness program, READY! for Kindergarten.

Nancy worked with school districts and communities nationwide to ensure children learn to read early and well. In this role she has earned state and national recognition, including the U.S. Department of Education’s America Reads Challenge Recognition, an invitation to the White House Conference on Literacy, and a 1998 Washington State Literacy Award from the International Reading Association.

She was one of 20 national leaders serving as advisors to the Campaign for Grade-Level Reading, a 10-year effort of the Annie E. Casey Foundation. Nancy is a former high school teacher and has served on numerous state and regional boards that support families and children.

She has a Bachelor of Science in Family Sciences from Brigham Young University and Master of Educational Leadership from Washington State University.

Nancy loves to play with her grandsons, travel worldwide, enjoys water sports, and art galleries, and, of course, reads at least 20 minutes a day. She and her husband raised their four children in Kennewick, Washington. 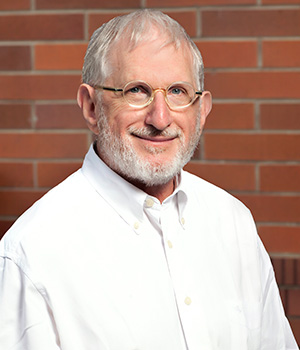 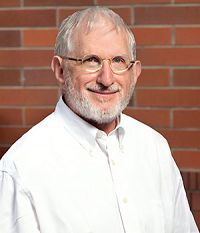 Bailey Weiss is a senior vice president, executive producer at McCann New York. He has worked in television production for New York advertising agencies for more than 30 years.

He began his film career as a foot messenger making his way around Manhattan delivering negatives and picking up prints. He has produced simple commercials to incredibly complex, multi-million dollar, global productions overseeing vast crews of internationally renowned and Academy Awarding winning technicians and directors.

His love of people and appreciation for the creative mindset, tempered by the responsibility of business, has always guided his natural instincts of diplomacy and respect.

He attributes his interest in literacy to his wife, Regina, who was a reading teacher. He and his daughters, Andrea and Erica, became involved with The Children’s Reading Foundation by establishing a memorial fund to honor Regina and her dedication to children and literacy. Bailey is honored to keep Regina’s legacy alive through his work with the foundation. 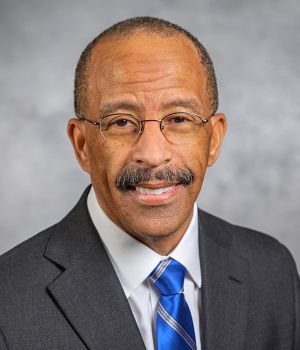 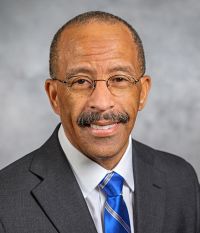 Rufus is the Executive Director of the Hope Center/One Parent Scholar House in Lexington, Kentucky. The organization provides care for homeless and at-risk persons by providing life-sustaining and life-rebuilding services that are comprehensive and address underlying causes.

Rufus’ ultimate vision and goal is to ensure that every single client that  comes at the Hope Center and One Parent Scholar House has a means to achieve self-sufficiency and a happier, productive life. 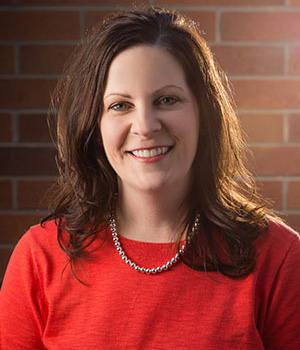 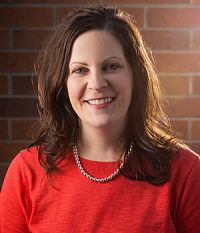 Janice Fox, Ed.D. is a founding member of The Children's Reading Foundation of the Upper Cumberland, Tennessee, established in 2013.

She currently serves as Middle Tennessee Grand Region Director of the Center of Regional Excellence (CORE), a division of the Tennessee Department of Education.

Janice is a third-generation educator with 28 years of experience working in Tennessee public schools.  She began her career in rural Tennessee teaching early elementary grades focused on reading, and has experience as a middle school teacher, district level federal programs director, director of instruction K-12, and adjunct professor in educational leadership.

Her core belief is that all students can learn at high levels when parents, community members, and educators provide the opportunities they deserve allowing students to reach their full potential.  Janice enjoys dedicating her personal time to supporting the Children’s Reading Foundation and sharing a love of learning. 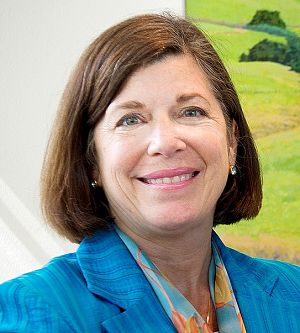 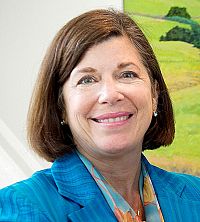 Cheryl Dell recently retired after spending more than 30 years in the newspaper industry. She spent the last 20 years with The McClatchy Company, serving as publisher for the Tri-City Herald in Kennewick, Washington, The News Tribune in Tacoma, Washington, and The Sacramento Bee in Sacramento, California. Under her leadership, those three papers won more than 2,000 awards for circulation, advertising and news, receiving recognition in every major journalism contest including The Pulitzer Prize.

Throughout her career, Cheryl has given back to the community through the pages of the newspapers she published and with volunteer hours. She served on the board of directors for dozens of nonprofit organizations including several United Way organizations, economic development groups, MLK 365 (an organization devoted to furthering the dreams of Martin Luther King), The Sacramento Tree Foundation, and the Washington State Historical Society. She also served as chairman of the board and on the executive committee of the Inland Press Association. The association is one of the largest newspaper membership organizations, serving more than 1,000-member newspapers in the United States.

Cheryl has two degrees from Sacramento State, a Bachelor of Communications and a Doctorate of Humane Letters. She also holds a Doctorate from Drexel University.

She lives in Nevada City, California. 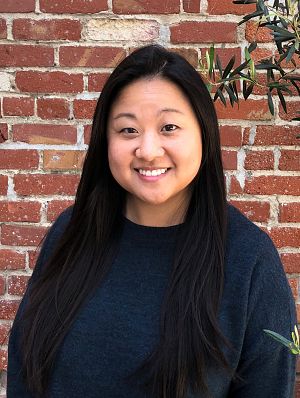 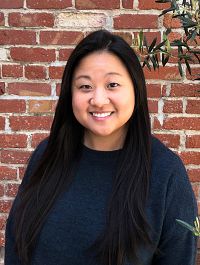 Sally Kim is San Francisco-based book publishing and marketing consultant with corporate and non-profit clients across the U.S., France, and Australia. She is also the publishing director for Twirl Books for young children. Prior to consulting, Sally held various integrated marketing positions at Callisto Media, Chronicle Books, Penguin Young Readers Group, and Macmillan Children's Publishing Group. Throughout her publishing career, she has worked with many diversely talented authors, illustrators, and brands to launch award-winning and bestselling books to readers of all ages. In her free time, Sally volunteers as a juror for the California Book Awards and a committee member for Great Group Reads. Sally holds a Bachelor of Arts degree in History from Princeton University. 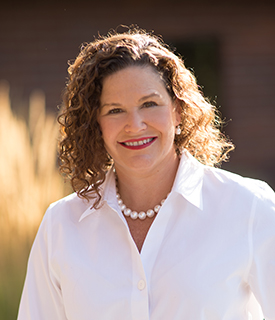 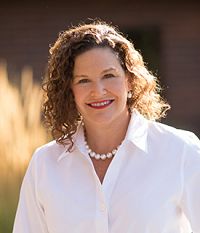 Kristin Norell has more than 20 years of sales, licensing, and marketing experience. She served on the board of The Children’s Reading Foundation from 2011 until her selection as Chief Executive Officer.

She has strong ties to the international and publishing industry. She most recently served as International Sales Director for Chronicle Books in San Francisco. Previously, she held the roles of Vice President at World Book, a Berkshire Hathaway company based in Chicago, and Managing Director, Asia for Universal Uclick, a subsidiary of Andrews McMeel Universal, the world’s largest independent syndication company, which provides content for print, online, and mobile devices.

Kristin oversaw the first introduction of an American editorial comic into a Chinese newspaper in Beijing and worked directly with newspapers throughout the region to create and expand their Newspapers in Education program, encouraging literacy and education.

Some of Kristin’s first memories are of her father reading the Sunday newspaper comics with her, which resulted in her interest in literacy and the mission of The Children’s Reading Foundation. Kristin is proudly credited for buying her eldest niece her very first book when she was an infant.

Kristin has a Bachelor’s degree from the University of Kansas in English and Art History and was a two-time recipient of the prestigious Amsden Book Award for excellence in Art History studies. She is also a graduate of New York University’s Publishing Institute, and has spent the majority of her career in the publishing industry across the fields of publicity, sales, editorial and rights. 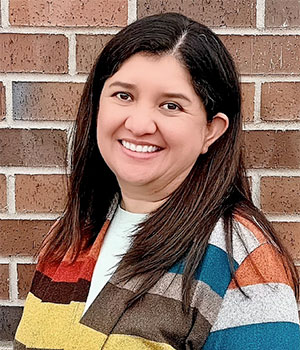 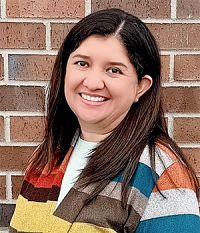 Deya Osgood has more than 20 years of experience in the Early Childhood Education field, including several years as a teacher, director, and teacher trainer in Latin America and the United States.

During the last 11 years, Deya has served various roles in the non-profit world, working with local and international organizations in the educational arena. At the Organization of American States in Washington, D.C., she was part of the InterAmerican Teacher Education Network. She developed professional development content and represented the Organization in working groups at the World Bank and the InterAmerican Education Committee. Her experience in the education field was instrumental in developing the State of the Art in Early Childhood, Teacher Professional Development, Quality Education, and Inclusive Education in the Americas in 2017.

Deya’s work with READY! for Kindergarten began in 2014 as the program director at the Idaho AEYC. Under her leadership, the IAL grant metrics surpassed both grant cycles. Her previous experience working with multicultural communities and being a native of Mexico was valuable for the update of the READY! for Kindergarten program in Spanish. Deya has been sought after as a speaker at national conferences on early education, educational leadership, and technology in education.

Currently, Deya is a Doctoral Student researching the impact and need of parent engagement to ensure the school readiness of Hispanic children, which will translate into student success and community development.

Deya can find the positive in any situation and during the COVID-19 pandemic, proactively embraced the opportunity to marry READY! with innovative digital delivery options – “they are the perfect channel to serve a new generation of parents.” 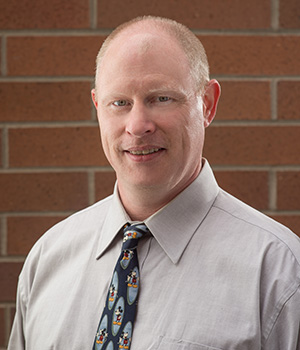 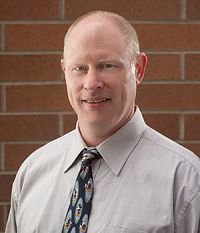 Chris Axelson brings more than 20 years of warehouse and inventory control experience and 10 years of customer service experience to The Children’s Reading Foundation.

Chris formerly worked overseas for 10 years in South Korea for several companies and municipalities including LG, Hynix, Hyundai, Samsung, City of Cheongju and the South Korean government. He has 10 years of English language instructional experience and co-authored two English as a second language conversation textbooks while living in South Korea.

Chris obtained a Bachelor of Science in Psychology from Washington State University with a minor in Addictions Counseling. In his spare time, Chris enjoys traveling with his wife. 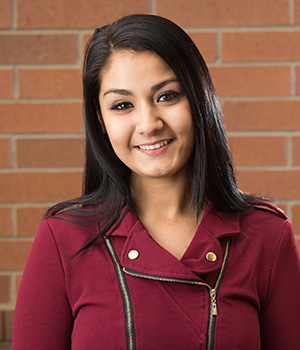 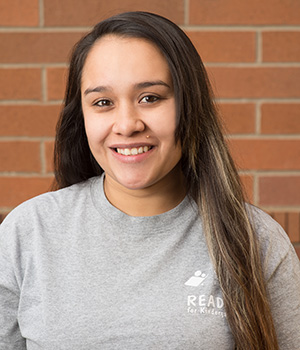