READY! for Kindergarten is a research-based, proven program that won a Top 100 Award for programs from District Administration Magazine.

READY! For Kindergarten closes the achievement gap by engaging parents and caregivers in a child’s learning from birth to age 5.

The READY! for Kindergarten program is based on extensive research by early learning experts. View some of the studies and results below. 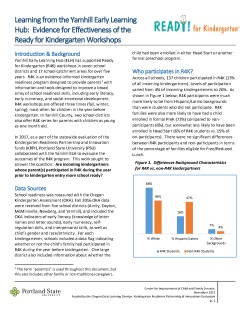 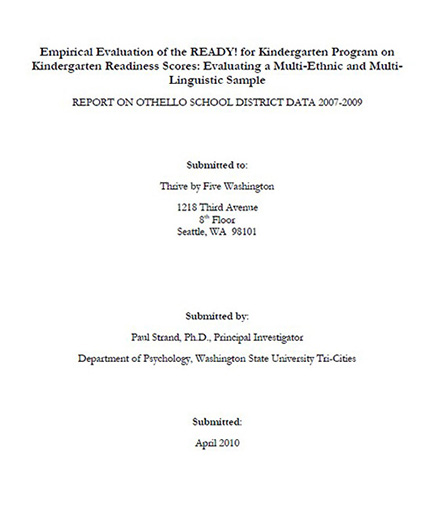 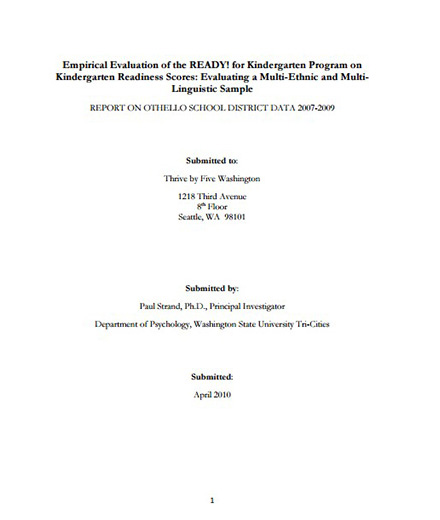 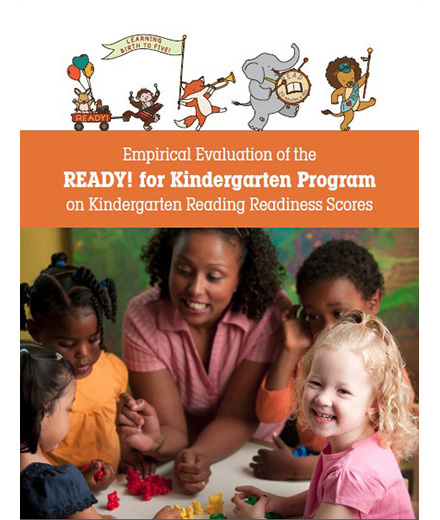 At the start of our READY! program in 2008, only 49% of Mankato students tested ready for kindergarten, as measured by DIBELS. By 2013, that figure had risen to 73%.

In 2008, 44% of Sandpoint School District children entering kindergarten tested below proficiency for learning readiness. After the first year, and every year since, 90% of the READY! for Kindergarten graduates entered school testing at or above kindergarten readiness levels.

In 2013, prior to using the READY! for Kindergarten program, kindergarten readiness scores in Muhlenberg County were 32.6% as measured by the Brigance screener. By 2015, children of parents who attended the READY! program scored 61.5%.

Students of families exposed to READY! had “statistically significant higher scores” (based on the DIBELS and WJLNI) than those whose families were not exposed to the READY! program. Average DIBELS Letter Naming scores were 17.24 and 12.73 respectively.

Early Learning in Sumner includes children, families, schools and the community from birth to third grade. As a school district, we go beyond the requirement of K-12 education to begin supporting families and children well before they walk into our schools as kindergartners. READY! for Kindergarten is an excellent program to build the potential and the foundation for our youngest learners. And READY! does it by supporting their first and most important teachers, their parents!

Parents are a child’s first and most influential teacher and READY! is designed to help them be the most effective teacher they can be. In a short period of time we were able to bring the READY! for Kindergarten program, in multiple languages, to diverse communities, and that’s exciting.

We love that READY! for Kindergarten has been focused on early learning and those critical developmental years before the whole national conversation even started. You have been our North Star in Boulder County as we have struggled and thought deeply about how to close the achievement gap for our high-need English and Spanish speaking families and children. You’re heroes!